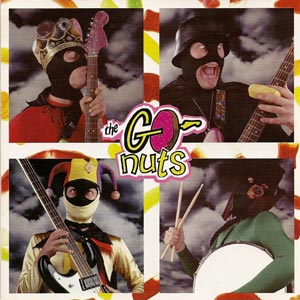 (PPC-022 | 1997) Finally we have the Go-Nuts full-length debut which I guess is either self-titled or called World’s Greatest Super Hero Snak Rock and Gorilla Entertainment Revue. This release contains no less than FOUR versions of the fabulous Go-Nuts Theme! It also contains about a dozen more great songs about Snakin’ (no, not snake-ing, snacking!), Gorillas, and the world’s largest man, Robert Earl Hughes. There are also a bunch of cool drawings by Coop and lots of nice pictures of Snak Rock in action! This terrific album stands as a monument to the greatness of Planet Pimp Records!!!!

A recent Twitter post by Coop showcased a number of his concept drawings he created for The Go-nuts. Most of these appear as tiny illustrations in the CD booklet. He also posted a gig poster he created for a show featuring The Gonuts, The 5.6.7.8.'s and the Highlander II's! (click to zoom the images): 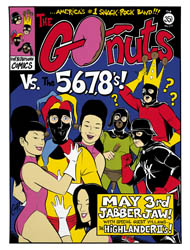 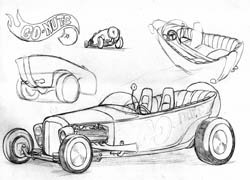 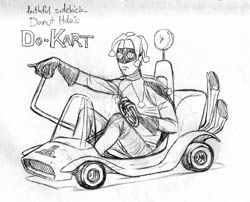 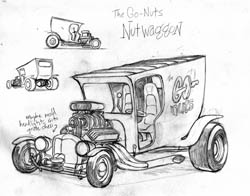 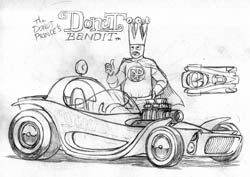 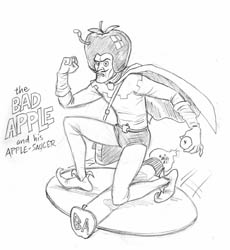 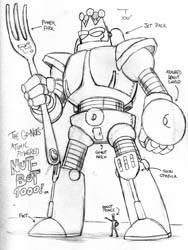 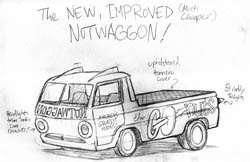 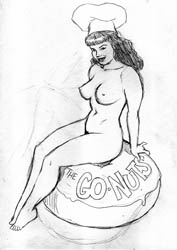