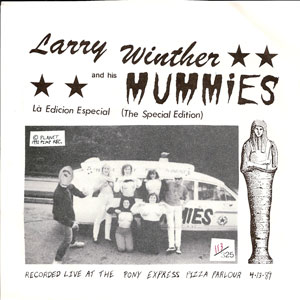 (PPR-002 - 1992) This single originally had the black and white cover with a color photo (glued on to the cover) of the flashing women on the cover. It has since been released with the same photo in black and white. Although, technically this is Planet Pimp’s second release, this single was my first exposure to Planet Pimp . Audience banter and noise seems to prevail over the music in this recording. The one song has band members yelling at audience members to get off their equipment.